When we shut the truck doors and let the dogs jump out of the backseat, our clinic horse Rocky raised himself from a warm morning nap he’d been taking. He pushed on to his front legs, rocked forward, and then got his wobbly hind end underneath him. As he walked toward us, his left hind hoof drug the ground and his pelvis rolled in a way that screams anything but soundness.

Rocky’s twenty-two this year and we’ve had him for all but the first seven of those years. He’s been functionally lame since the end of January when we got a call from our friends who manage the pasture our herd spends the winter on.

Two very thorough vet visits later we know what it isn’t, but not what it is. The good news is that it’s nothing horrible – no broken bones, no hock, stifle, or tendon issues. For a horse who has traveled over a million miles in a horse trailer, this is a win.

We’ve treated him every day since then, both with medication, and bodywork. He’s on anti-inflammatory herbs and supplements.  He’s making slow strides toward improvement, but like most people who own injured horses, I’ve often wondered if we were doing enough.

The first time I treated him with a full session of Masterson Method bodywork in March, I was surprised at how stiff and unyielding his whole body was. He was stiffest along the length of his left side. From his nose through his neck, to his ribs, along his hindquarters and down to his hoof, nothing was moving. After the session, this stiffness abated and he walked back to his paddock more relaxed than before.

I wondered again; had I caught everything I could? I’ve been a Masterson Method practitioner since 2017 and have been fortunate to work on horses across the country who come to the clinics my husband and I give. I know my strengths and I also know I have so much more to learn.  I realized that I felt confident about helping horses with issues at the poll, neck, and front end. Treating Rocky made it clear to me that I needed to learn more about hind end issues. I’d felt tension and restriction in pelvis’s, groins, hamstrings, and gelding scars, but hadn’t had the chance to treat the same horse with a mystery hind end lameness on an ongoing basis. Rocky is giving me that chance.

I reached out to Jim, wanting to be sure I was doing everything I could. He gave me a plan, a way to systematically approach Rocky’s mystery lameness. Jim advised that if I was working on releasing tension in the groin area, it would be more effective to also focus on Rocky’s psoas area, sacrum/sacroiliac, and be sure to work on both sides, not just the left. All the under the tail points are super important, as are the hind leg releases, done very slowly. Jim also pointed out to remember that “everything is interconnected, especially the lower neck area/C7 and the groin muscles.”

Yesterday, I tried a different order of the bodywork I’d been giving Rocky. I guided him through some lateral cervical flexion on both sides. Some work on his poll. Some scapular releases, and then finished up his front end by focusing on the C7/T1 junction. Again, I felt the stiffness I’d felt back in March, so I spent a little more time helping Rocky to release the tension in that area.

When I went to work on the under the tail points, within thirty seconds Rocky was alternately lifting each hind leg and kicking forward. His hindquarters began swaying and he was fidgeting more than he ever has; he usually falls asleep. When we were done with all the hind end work, he walked out of the stall and around to the paddock with a stride that was as close to normal as I’ve seen in months. 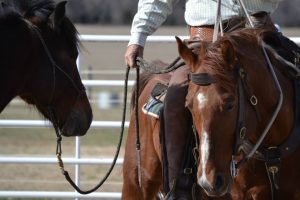 Rocky is slowly getting better. He’s moving more like he used to and dragging his left toe less. I’m gaining more confidence in my own work and know that because of this experience and Jim’s guidance, I’ll grow into a more effective equine bodyworker.  I wouldn’t wish an injury like this on any horse, and I’m also a big believer that with every challenge comes a gift. Sometimes we have to dig for it a little, but it’s there. Seems Rocky isn’t quite done giving us more gifts. 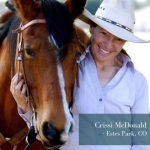 We are planning a maintenance upgrade for Tuesday, August 11, 2020 starting at 3pm Central Time. The website will be suspended for an hour. See you after the update!