The Masterson Method® Certification Journey: What a ride! 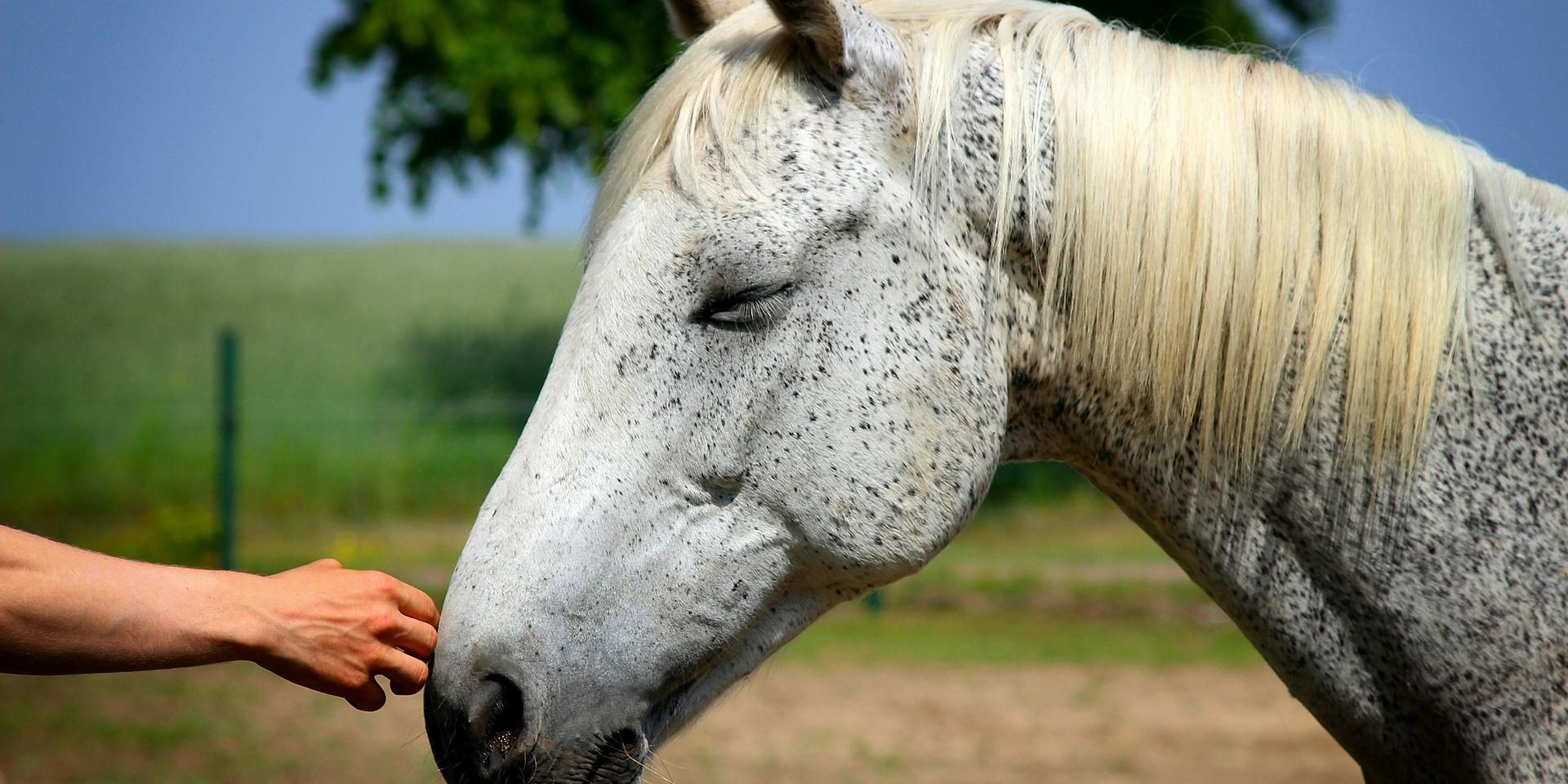 Everyone who has chosen to share their life path with that of horses will agree that it is a never-ending learning process. Every day there is a chance to learn something from horses and often at the same time from ourselves.

I consider myself very lucky for having had the opportunity to read all the stories of people who decided to join in the MM certification journey. These stories have been shared with us through social media, letters, and direct testimonials. And there is a common pattern among all of us: our drive to improve the horse’s well-being and to give back a little something in return for so much that they give us.

Most people, when they first watch or learn what the Masterson Method® is about, feel immediately connected with the concept of doing bodywork WITH the horse, listening to their responses and adapting to them so that they stay in a relaxed state that allows them to release tension. That same thing happened to me, it was one of the “THIS IS IT!” moments of my life.

When I read about the whole process to obtain the Masterson Method® Certification as a practitioner, I thought to myself: this is going to be a long journey, it is going to take me at least a year and a half. But as I went through it, I understood and it made total sense. Because like horses need their time to feel and process what goes on in their bodies and their life, we humans also need our time to manage all the things that stir up during this learning process. I obtained my Certification more than 4 years ago, but I still remember with fondness some of the horses I worked with in my case studies.

If I talk to any Masterson Method® Certified Practitioner we will agree that we all went through the same thing: the doubts. Am I doing this right? Should I stay longer? Should I do more? Should I do less? Is the horse uncomfortable with what I did? Is he not releasing because I am doing it wrong? Does he not want me to touch him there? So many doubts! But as you go along in the Fieldwork, with the help of your coach, besides learning about the techniques, the anatomy, and all the thorough technical materials you need to study to become a professional practitioner, you also learn to overcome your doubts. And usually, the horse is the teacher.

As an example, here is the story of a 15-year-old gray mare called Granada. She was a breeding mare and she had not been ridden much, especially since there was a problem with her right pelvis. It seemed to have dropped as if it was displaced from the lumbosacral junction. Probably because of that she was carrying more weight on the front and therefore showed more accumulated tension there than in the hind end on my evaluation, so I decided to start working on the front end.

I went through all the techniques to help her release tension from the front end, head up and head down, lateral cervical flexion, and leg releases, and at all times I had to spend more time than I was used to and use a very light touch because Granada seemed to find it hard to release tension. 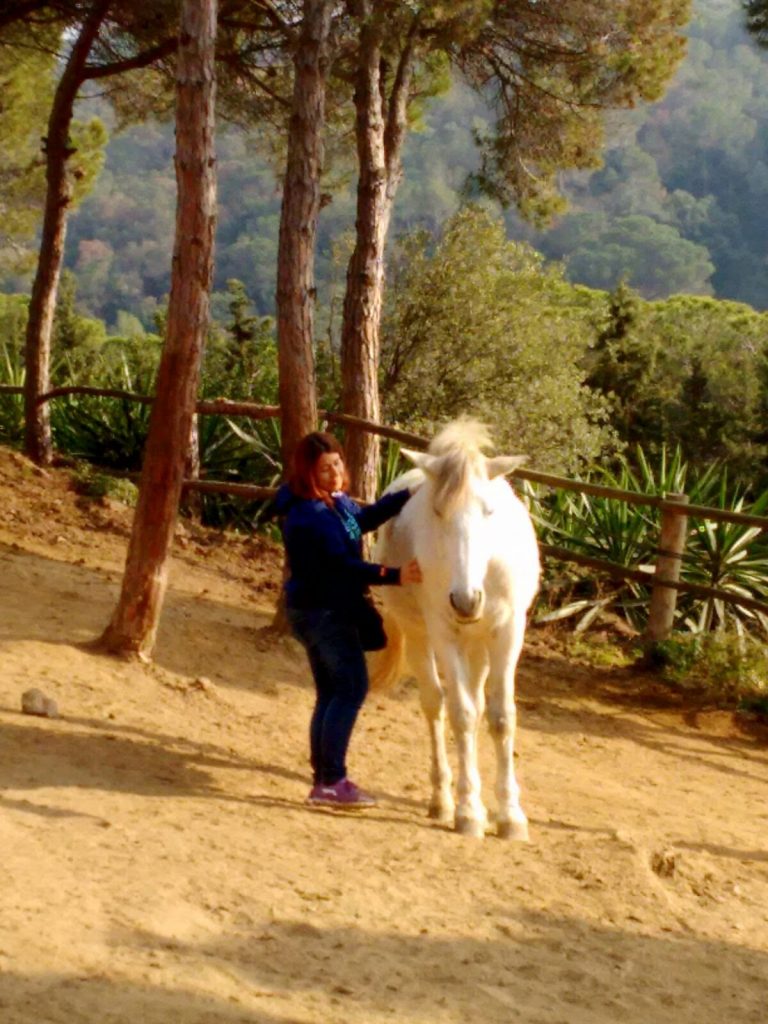 Then I reached the shoulders and I started working my way there. Since she was still restless when doing the underscapula technique on the left side, after doing this technique on both sides, I decided to do some underscapula points, especially on the left side. I placed my hand for a long while in the spot around T1 and Granada searched for my shoulder, rested her head on it, and sighed. I was stunned. I realized that Granada was asking for a lighter touch, so I did some more work around the shoulders with a very light touch. When I did C7-T1 on both sides. I just applied the lightest touch on each spot, while she licked and chewed. Then I did the withers wiggle and extended the wiggling along the back and then back up again. After this, I let her rest for a couple of minutes, because I felt that she had been doing a lot of work.

Naturally, I wanted to continue on the hind end, which was obviously where the primary cause of all the compensation issues lay, but then Granada started showing signs that she was finished. She had been very cooperative all that time, but now it had been more than an hour of bodywork and she started to move around, wanting to eat and not willing to continue with the bodywork. It was as if she said, your work here is done.

Although I was amazed at the trust gesture that Granada had shown when working on her shoulder and convinced that for some reason she had needed that light work, as a student and overthinking it, I did not feel at ease with leaving my work “unfinished” as I considered it. I was feeling guilty because I had not worked directly where I thought Granada most needed it. So I went home but came back in the afternoon, intending to do part 2 of the bodywork session and work on her hind end.

Granada’s owner and I took her and my mare to the arena, to see if I could continue working on the hind end and “finish” the work I started in the morning.

Usually, I would let both mares loose in the arena for 5 or 10 minutes so that they could inspect it and roll over if they felt like it, which Granada did. My mare was very young and playful and she started running around and throwing joy kicks in the air, her normal playful stuff. What left us humans speechless was that Granada started doing the same thing, running around and throwing joy kicks in the air with her right hind leg!! I had never seen her do this before. The image of Granada kicking out with joy in the arena has remained etched in my brain and heart forever.

Granada taught me a lesson, trust yourself but above all, always trust the horse when they tell you they’ve had enough because they are usually right. This experience convinced me that very often less is more and that light work has amazing results. 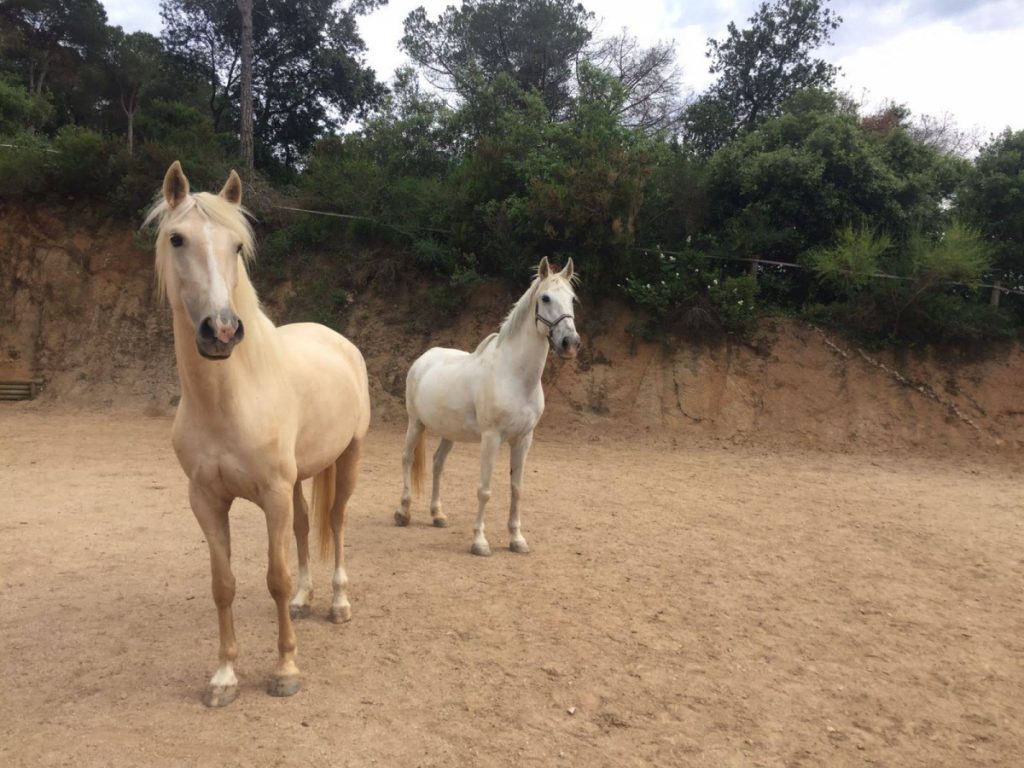 Find out more information about The Masterson Method® and Light Touch with the Light to the Core DVD/Online Streaming.

And if you are interested in learning at one of our hands-on courses with an instructor, check out our Light to the Core or Beyond Horse Massage Weekend Seminar with available spots here: