For the Love of Aria Success Story

Meet Star, a horse we helped mentally and physically with the help of the Masterson Method® in collaboration with veterinarians, trainers and her humans at The Right Step Horse Therapy in Colorado. 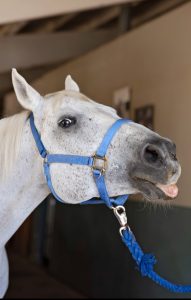 Star is an equine-assisted services horse who primarily did adaptive riding (formerly referred to as therapeutic riding). She injured her left lower hind and needed rehabilitation to go back into her program.  There was never a definitive diagnosis for her injury.  Star came to us very lame and on stall rest.  It was easy to see she did not like being in a stall.  In her life before adaptive riding, she had been a working ranch horse.  She was already being followed by a veterinarian who said she needed to do true stall rest.

We started her Masterson Method® ® (MM) work with just the Bladder Meridian technique to help her understand she could relax in the stall.  This did wonders for her mind and then we were able to move on to full MM sessions.  It became very apparent that her injury was not her only problem.  She had an incredibly stiff and reactive hind end which then carried over to her shoulders.   After a few weeks we all agreed acupuncture and chiropractic would be good additions.

The vet following her said she had tried chiropractic and Star was too dangerous to work with at the time.  When we told her what we had been doing with the Masterson Method® and we would start with acupuncture, so she agreed to come try again.  The acupuncture session was a bit challenging at first but she soon settled. We were three weeks in to her stall rest, mostly only having done Masterson.  When the vet came to do chiropractic, she was pretty confident this was not the same horse.  Star stood still and loved her chiro session as her mind and body now knew how to relax.

When it came time to start moving Star more, we realized she had been told what to do and never really given a choice. We also noticed that some of her “behavior” could possibly be causing some of her physical issues.  We brought in the most amazing trainer to help soften her mind.  It was not easy, but we gave her a voice and it changed who Star was and who she would become.  The Masterson Method® changes the body but it also changes the mind so we addressed both at the same time.

When we work with a team, in collaboration to best serve the horse, the horse becomes the best version of themselves.  It took eight months and thousands of hours and incredible commitment from each practitioner, but Star was able to return to her program.  She was not only sound, but her best self.  Continuing management of all the modalities is also key and everyone has committed to continuing their part.  We also helped change the organization in that they now make sure they are giving all the horses in the program, the best chance at becoming the best version of themselves, both mentally and physically.  We believe the Masterson Method® changes the horses and the humans for the better and it is practiced literally everyday at our barn. Truly, the benefits are more than we ever imagined. 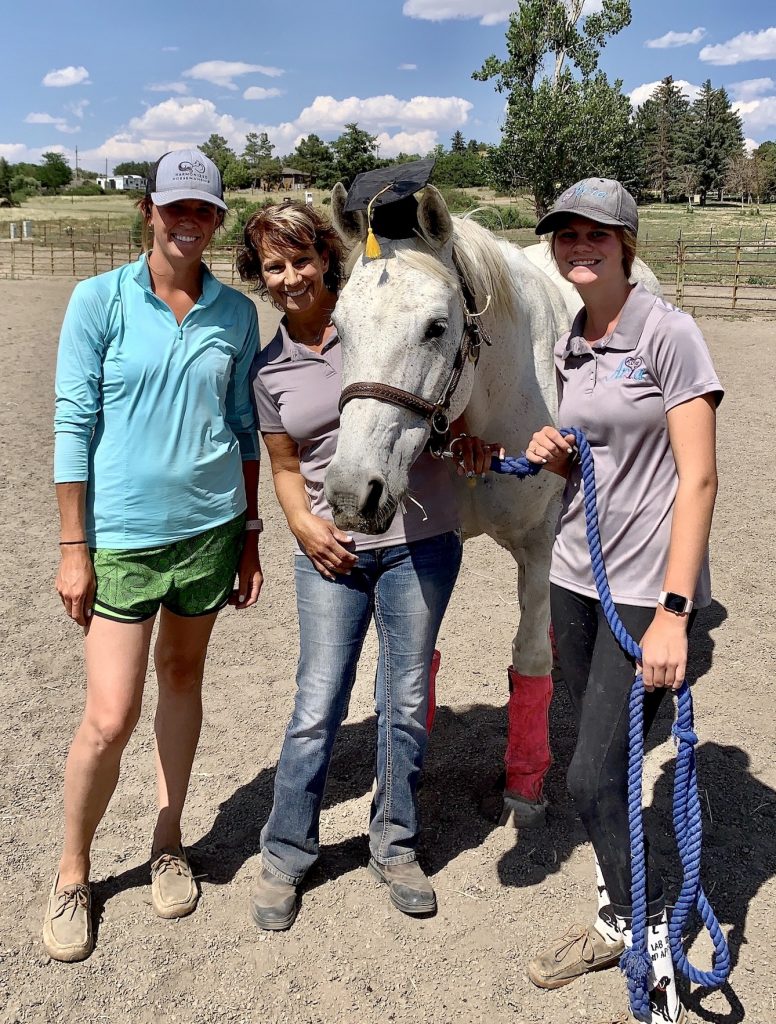 For the Love of Aria

For information on bringing The Masterson Method to equine-assisted service programs, visit our Equine Specialist Course.