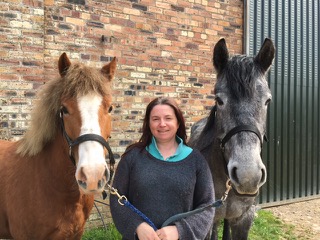 Carly was born in London but moved to Scotland when she was six. The first thing she heard from her new house was the sound of horse hooves. She promptly went round the village trying to find ponies to ride. She eventually got her first pony, Badger and they spent most days galloping…..everywhere!!!