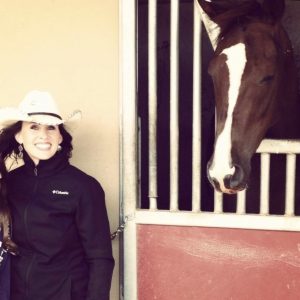 Dale grew up in central Minnesota, developing a love of horses and riding at a young age which continued into adulthood where she began to pursue her hobby actively in new areas such as the local Sheriff's Mounted Patrol and competitively in NCHA cutting, Ranch Horse Versatility and most recently Obstacle courses & Team Roping.

A few years ago, Dale wanted to make a career change so that her passion was more reflected in her daily life. She had long held an interest in the possibility of equine massage. She discovered The Masterson Method reviews online the night before she was to commit to another equine massage program. Feeling as if that program wasn't right for her or thorough enough in length and content, Dale did more research and attended a Masterson Method weekend seminar being held in Wisconsin, one month later. A conversation with the instructor has stayed with her & Dale knew this method of bodywork resonated with her:

One month after the weekend seminar, Dale attended an Advanced 5-day course with Jim Masterson as the instructor in Texas. She enrolled in the fieldwork course shortly thereafter and obtained her certification in the fall of 2018.

"I chose the Masterson Method program because I wanted my education (in bodywork) & preparation for my new equine career to be reflective of my passion for horses. The Masterson Method is a rigorous and thorough program with quality content, high standards & rigorous expectations.

After riding performance horses in a variety of western disciplines, I am eager to provide relief from the demands and stress of training, traveling and competition.

As a lifelong and avid hippophile (lover of the horse) and bodyworker, it is my goal to have a positive impact on the equine industry. It brings me joy to know that I am connecting with horses and their owners on a daily basis, improving the lives of horses by enhancing their sense of well-being as well as deepening the connection and communication between horse and owner."

Dale offers individual bodywork sessions as well as workshops to help fellow equestrians learn about the benefits of bodywork and what horse owner's/trainers can do between sessions to enhance and prolong its benefits. Dale also is available to offer bodywork services & demonstrations at equine events throughout Minnesota and the surrounding states of eastern Dakotas & western Wisconsin.